Reactions to Hypoallergenic Formulas – Does Similac Alimentum Cause Diarrhea?

There is nothing more important than securing the overall health of your baby. The way you feed your newborn makes a great impact on their growth and development.

Breast milk is considered to be the best food for a baby, but unluckily, not all moms are capable of breastfeeding due to several reasons. Mothers would switch to formulas, which are available in different varieties, to feed the baby with enough nutrients.

Cow’s milk is the most commonly used baby formula. Milk can be split into two kinds of protein – casein and whey. Casein’s consistency is a bit lumpy while whey is watery. The ratio of casein to whey may vary depending on the kind of formula milk.

First milk, which has a casein: whey ratio of 40:60 is the closest to breastmilk. They are perfect for newborns up to 1 year. It is believed that a casein-based milk is easier to digest.

Milk for hungry babies is made mostly from casein. Its casein: whey ratio is 80:20. Casein takes longer to digest, hence keeping babies full for a much longer period of time.

These milk products seem to satisfy every baby’s needs. But how come some infant formula can make your baby sick?

Not all babies can feed with the usual cow’s milk. Some may require a special formula because they have conditions like allergies – lactose or protein sensitivity. Switching to hypoallergenic infant formulas like Similac Alimentum is one of the recommended solutions. But you have to remember that this is still milk-based, not soy-based, so if your baby is completely lactose intolerant, you must check other options.

Remember that there could be several reasons why your baby is not reacting well to regular formulas. There are several telltale signs that you need to check on before you can say that your baby is indeed having an allergic reaction:

While these signs and symptoms may indicate an allergy, diarrhea and skin diseases may point to other causes. Again, it is best to consult a pediatrician. 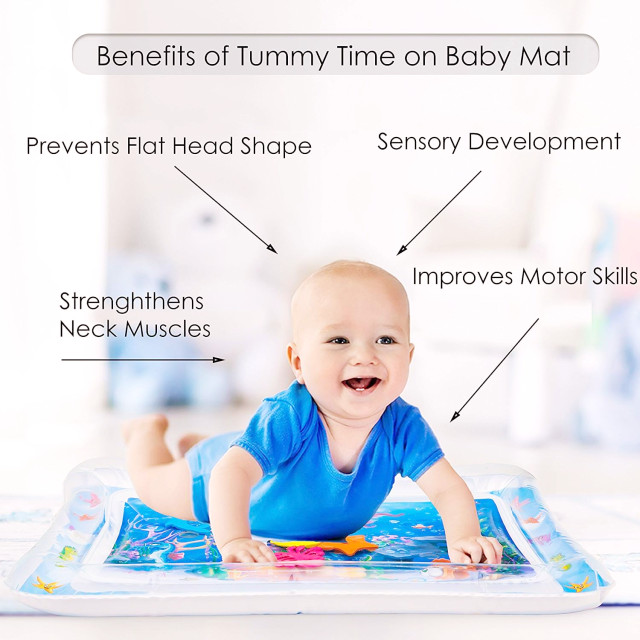 Why Are Moms Trying Similac Alimentum? What Are Its Benefits?

Similac was formulated in the early 1920s by the popular Abbot Laboratories. This brand was among the very first baby formulas ever introduced for public consumption. Since then, they have developed different varieties to suit every baby’s nutrition needs.

To address baby’s allergic reactions to cow’s milk, Abbot introduced Similac Alimentum. This hypoallergenic formula helps babies who are having a hard time digesting dairy and soy products. Alimentum helps calm crying babies, which are often caused by sensitivity towards an ingredient in their formula. In most cases, it’s because of protein.

Alimentum is well liked because it works fast, lessening or eliminating digestive problems within 24 hours. It is lactose-free and contains DHA (omega 3 fatty acid), ARA (omega 6 fatty acid), high levels of iron and other essentials for your baby’s growth and development. And because this is a hypoallergenic formula, the usual milk ingredients were replaced with Casein hydrolysate.

This milk actually works quite simply. Casein hydrolysate would mean that the protein has gone through hydrolysis to break them down into smaller pieces for easy digestion by babies with sensitive tummies. They are able to get the nutrients they need without suffering from an allergic reaction. Also, they are using corn maltodextrin and a mixture of vegetable oils instead of milk fat for carbohydrate source.

It’s quite obvious that there are good things to recommend about Similac Alimentum, hence most moms are trusting the product. However, it does have some drawbacks too.

Some babies were noted to have episodes of diarrhea after feeding with Similac Alimentum. Other side effects mentioned include nausea, bloating, abdominal gas, heartburn, and nosebleeds.

But why does Similac Alimentum cause diarrhea? This is supposedly a better formula since it was created to cater the needs of babies with sensitive tummies, right?

If you will check the product’s ingredients and labels, Similac Alimentum has DHA. This is believed to be the culprit of diarrhea cases among babies taking this special formula.

Docosahexaenoic acid (DHA) is one type of essential fatty acids that can be classified similarly to omega-3. DHA naturally occurs in high amounts in cold water fishes like salmon, sardines, tuna, mackerel, and more. The human body cannot produce it, hence being sourced out on foods.

DHA is highly recommended for pregnant women, nursing moms, and infants because it is believed to promote the development of the eyes, the brain, and the overall mental health of babies. DHA and ARA are significant fatty acids, which are said to be present in breast milk. How come breast milk does not cause the same adverse reactions? Does this mean that Similac Alimentum contains an excessive amount of DHA? That we cannot tell.

According to researches, infant formulas containing DHA and ARA oils were extracted from laboratory-grown fermented fungus and algae. Algae and fungal oils give off a structurally different DHA and ARA. They are synthetic! These manufactured oils are called DHASCO and ARASCO, which means docosahexaenoic acid single cell oil and arachidonic acid single cell oil, respectively.

They were also being processed using a toxic chemical known as hexane. It’s neurotoxic and it is a by-product of gasoline, which is a hazardous air pollutant.

These information has led to a better understanding that DHA and ARA in formula milks are not the same with those that naturally occurs in breast milk.

How were they able to add synthetics into an organic product like baby formulas and continue to have a label certified USDA Organic?

Well, during the 2011 USDA or National Organic Standards Board meeting, they have reviewed and discussed the issues on DHA and ARA. The Board cast their votes and allowed the use of these oils in baby products as long as no hexane will be used during processing.

However, it turns out that even if hexane was banned, there are still no clear restrictions on the use of other synthetic products in the process. Just because hexane is out, it doesn’t mean that the formula is completely safe for consumption.

Synthetic DHA and ARA have no proven benefits, and yet they are still being added on formula milks for advertising.

Supporting these findings is a Martek investment promotion dated back in 1996, where they say, that even though DHA and ARA have no benefits, they are being incorporated into formulas as a marketing tool and to allow manufacturers to advertise their formulas as the closest to human milk.

A lot of concerns are being brought up because some babies do not tolerate formulas with added Docosahexaenoic Acid (DHA) or ARA. Most parents buying such milk products aren’t aware of this possibility.

Manufacturers say oils that have been added to baby formula milk recently make the products even closer to breastmilk. But this seems to be unreal based on the reports released by the Cornucopia Institute.

The Cornucopia Institute, a Wisconsin-based food policy advocacy group, had a list of reports filed with the Food and Drug Administration. They are samples of adverse reaction reports filed by parents, clearly suggesting that some infants cannot tolerate DHA and ARA oils in various formulas.

The reports were collated through a Freedom of Information Act request by the Institute. There were 15 reports out of 98 samples that can be confidently linked to intolerance to DHA or ARA oils. There were hundreds of reports filed about adverse reactions to DHA/ARA supplement formulas, but in other cases, it wasn’t possible to pinpoint the exact cause of the reported problems. Even though a clear link cannot be established, there is still the potential that DHA/ARA oils are implicated in most of these reported cases.

Does Similac Alimentum cause diarrhea?

One of the cases was filed by a mom who normally used Similac Alimentum powdered formula with iron and had no problems with her baby. However, they were no longer able to find that variant in stores, hence she bought Similac Alimentum with iron and added DHA and ARA. Soon after intake, her baby had diarrhea and was extremely fussy for almost 10 days. They did switch back to the one without DHA and ARA and her baby returned to normal within a day.

The reports were not all about Similac Alimentum. Other brands and variants were also linked to these adverse effects. All have one common denominator, and that is the presence of DHA and ARA.

These adverse reaction reports submitted to the DFA only represent the tip of the iceberg especially that other possible causes were not completely ruled out. A lot of parents continue to feed their babies with DHA formulas and just resorted to diluting them with water, thinking that by doing so, they will decrease the amounts of DHA being consumed by their babies. But that also decreases the number of other nutrients needed by the baby, right? This solution is questionable.

Nothing is still conclusive yet as there could be several other reasons why infant formulas make babies vulnerable to diarrhea:

What’s the Stand of the American Academy of Pediatrics (AAP) on Formulas Containing DHA and ARA?

The Academy has decided to not take an official stand about this matter as of this time. This is very unfortunate since most parents rely on their doctor’s recommendations. In return, pediatricians turn to AAP for guidance on issues like this.

What Should You Do?

As mentioned earlier, we can name several reasons why a baby would have episodes of diarrhea. Feeding with Similac Alimentum is just one of the most commonly reported scenario. However, this side effect is not evident to all users. It is safe to say that babies also have varying immune response and body reactions to milk formulas. Similac Alimentum is helpful, in general, for babies with sensitives.

Whether or not to buy a formula with DHA and ARA like Similac Alimentum is a tough decision. Even if there were no conclusive shreds of evidence about the bad effects of DHA and ARA to infants, it still turns most parents off.

It is best to discuss this with your pediatrician so you can come up with a good alternative, if necessary.